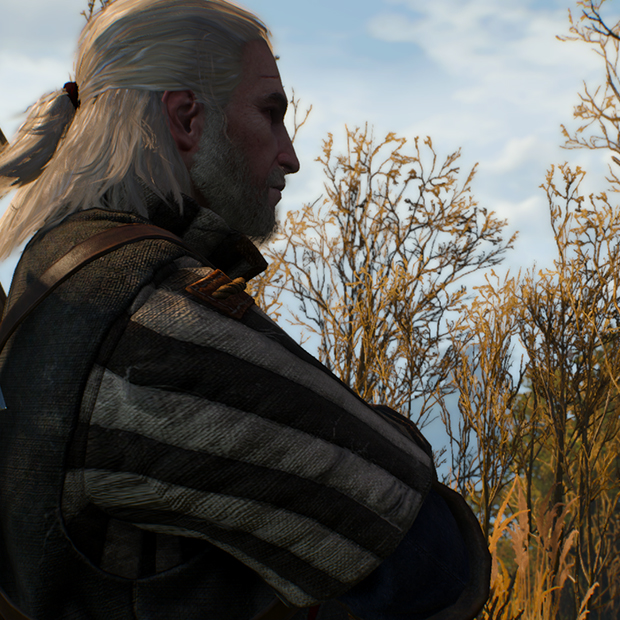 Grab your baskets and let’s get collecting! Whether subtle or obvious, easter eggs and intertextual references can enrich your experience of a video game. Any developer who can incorporate inside jokes into their work will always get a thumbs up from me. As I started playing Witcher 3, I decided to keep my eyes peeled for references to other games or media. I’ve been exploring every nook and cranny for hidden treasure, both in terms of loot and personal stories. Gotta say, I’m completely fascinated by the world! The atmosphere of a war-ravaged land and coherent writing has pulled me right into the vicious circle of “Just one more quest…”. So far, I’ve stumbled across five easter eggs and I’m hoping to find many more as I progress into the game. Here they are. (SPOILERS AHEAD!)

Even if you’ve never played Skyrim, you must’ve seen memes about a certain kind of knee injury. This is what some guards around Skyrim would say: “I used to be an adventurer like you. Then I took an arrow in the knee…”. In Witcher 3, the Black Infantry Archer gwen card is an obvious reference to this. It‘s a relatively powerful card and it might just bring your opponent to his knees (pun intended). 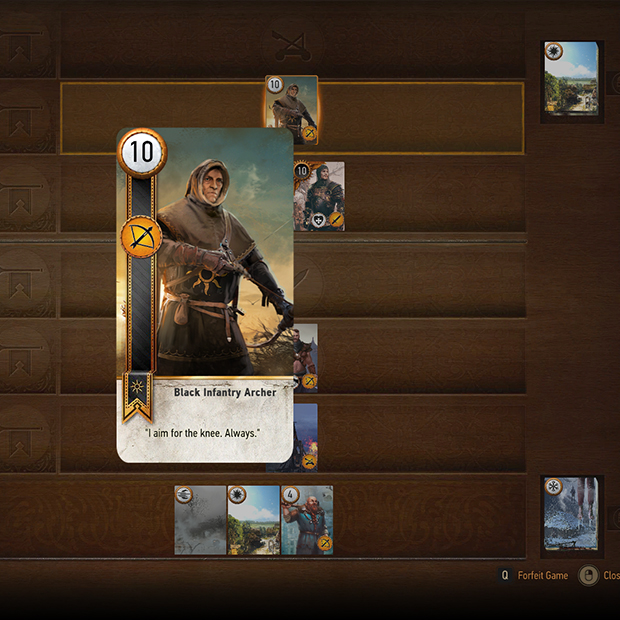 One of the first quests in White Orchard is to find the arsonist who torched the dwarf’s smithy. The quest’s name is a reference to Prodigy’s song “Firestarter”, specifically the line “I’m a firestarter / Twisted firestarter”. Obviously, I just couldn’t resist playing that song while tracking down the bad guy. 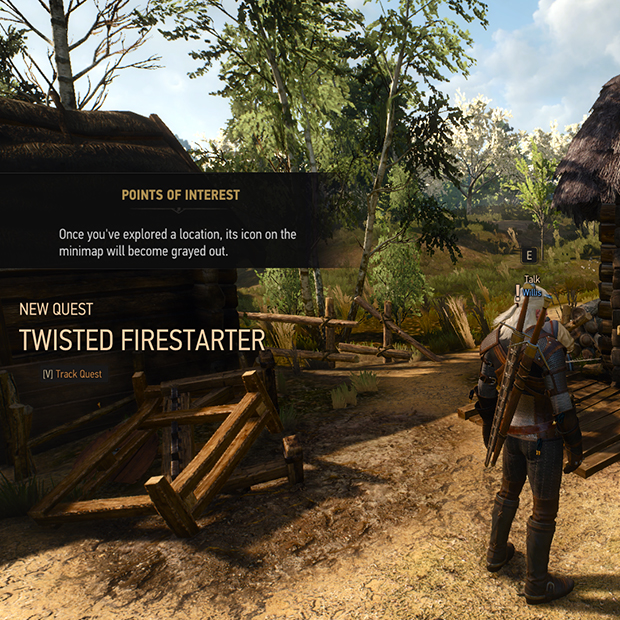 When you meet a lost girl called Gretka, she talks about how her father told her to follow a trail of treats into the forest. Her name and story points to a familiar fairy tale, Hansel and Gretel by Brothers Grimm. Luckily for our Gretka, she finds a decent home in Velen that’s not built of gingerbread. 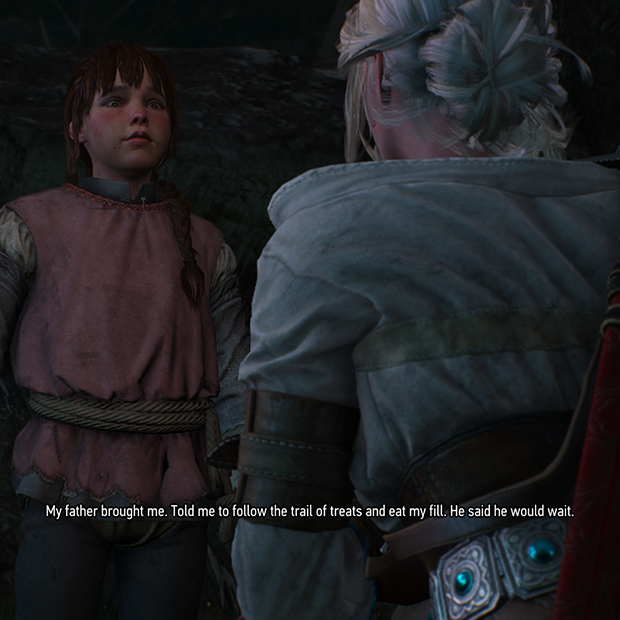 If you head downstairs the Baron’s mansion in Crow’s Perch, you’ll hear a brief exchange between two guards. They quote a few lines from the famous Gimp scene in Pulp Fiction:

‘Well, bring out the Gimp.’
‘Think the Gimp‘s sleeping.’
‘Well, guess you‘ll just have to go wake him up now, won’t you?’

Ah yes! I knew it sounded familiar, but it took me a few minutes to connect the dots. 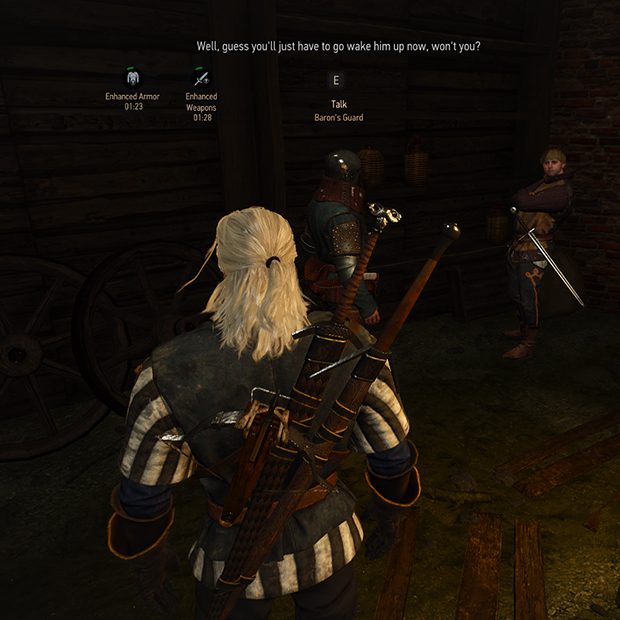 5. MONTY PYTHON AND THE HOLY GRAIL

I was on my way to gather a herb in western Velen, when I saw a snow hare at a cave’s entrance. What was it doing around all that blood and bones? Well, if you were a knight from Monty Python’s film, you’d probably steer clear of that cave. The scene is most likely a reference to the killer rabbit from the Holy Grail. 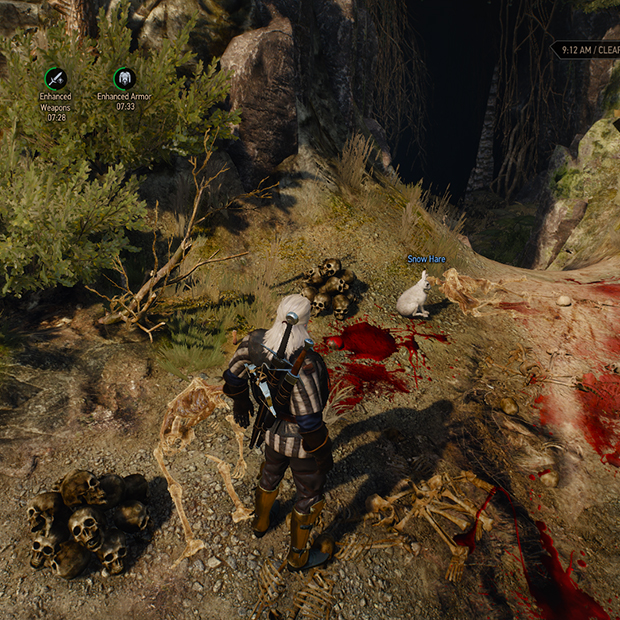 Found any other easter eggs during your adventures? Do share them in the comments below or read on for 10 more references!

Tell me what you think Cancel reply